Well, it's official! I've got a honest-to-goodness author website now. Check it out:

My husband, Ash, designed it and I just LOVE it! Though blogging is a great way to get your feet wet on the web as an author, blogging takes time away from writing, and, if you're a fan, you're not too happy about my books taking longer to get to you because I'm too busy blogging. So now I can devote myself to whatever novel I'm working on while still having a place on the web for fans to find out about my books, sign up to hear about new releases, etc. Let's face it - it's a very good thing!
Posted by Tara McTiernan at Thursday, December 06, 2012 No comments:


Allison Morris reached out to me regarding her very cool and illuminating graphic/post that shows how ebooks and print books can coexist. I couldn't agree more and really wanted to share this article that can also be found on TeachingDegree.org, so see below!

Posted by Tara McTiernan at Wednesday, November 28, 2012 No comments:

Yes, a true ghost story! It happened to a close family member - though, of course, details have been changed to protect the innocent. However, the ghost is 100% real and what happens related to the ghost in the story is exactly what happened to my relative.

So, in honor of one of my favorite holidays, Halloween, I've decided to re-publish the story here for free - October Twilight (originally published in the October 2011 issue of The Ultimate Writer) - and share it with my fans. Enjoy... 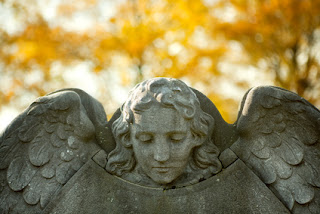 Maggie was on one of her Sunday get-out-of-the-house-before-you-lose-your-mind drives, moving fairly slowly as no one was behind her, and that was probably why she saw it at all. It was a small old graveyard, complete with a black wrought iron fence full of curlicues and a gate. As it was nowhere near a church or even any houses, she wouldn’t have thought to look. But she was drawn to graveyards lately; they were the only places that felt comfortable and right these days.

She turned her wheel hard and pulled onto the high-grass and wildflower filled shoulder. A few late black-eyed Susan’s leaned in her open passenger window as if to ask her a question. Maggie looked at the flowers. “Don’t look at me. I’m just crazy,” she said. She was talking to herself a lot recently, so it didn’t seem strange to talk to flowers while she was at it.

Glancing in her rearview mirror to make sure no cars were coming up on her side, she opened the door and then walked back to the graveyard, looking around the area. There weren’t any houses in sight, not even a lone driveway leading to some house hidden by trees, just the thick woods and the road. The graveyard was set a little back from the road and up on a rise. She climbed the crumbling brick stairs to the gate and tried it. It was locked. The wrought iron fence was Victorian in style, the pickets topped by pointed arrows as if telling the souls where to go when they died. Go to Heaven and see little Brian, less than a month old, too young to sin.

She shook her head. I won’t think about that today. It’s Sunday, a good day, a family day. Only that was the problem. First Brian had been taken from
Read more »
Posted by Tara McTiernan at Tuesday, October 16, 2012 No comments: 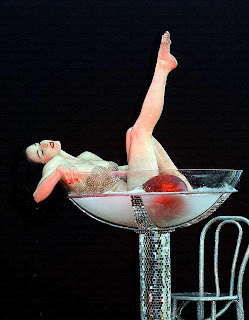 I know, you're probably wondering - where's the bar? No, I'm talking about my second novel, Cocktail Hour!

Right now we're in the editing process and then a cover will need to be designed, but it's looking good for my next book to be released in either December or January (hope, hope!). So, for those of you who have been interested in seeing more of my work - it's a comin'!

Cocktail Hour, where the elite meet and everything sparkles...especially knives in the back.

What if your friend - someone admired, envied, and fervently sought after by everyone who knew her - was really a dangerous sociopath?  In her latest novel, Cocktail Hour, mainstream fiction author Tara McTiernan answers that question as she takes you on a wild roller-coaster ride of thrilling highs and terrifying lows in this gripping novel about friendship gone horribly wrong.

Spring in glamorous uber-rich Fairfield County, Connecticut is a time of beginnings:  a new diet for the approaching summer spent out on the yacht, fresh-faced interns being offered up at the office as the seasonal sacrifice to the gods of money, and corporate takeovers galore. Five women in their thirties have a brand-new friendship, too, one that fed and watered regularly at local hotspots over cocktails. With all of their personal struggles - Lucie's new catering business is foundering due to vicious gossip, Kate's marriage is troubled due to an inability to conceive, Chelsea's series of misses in the romance department have led to frantic desperation, and Sharon's career problems are spinning out of control - the women look forward to a break and a drink and a chance to let their guards down with their friends. And letting their guards down is the last thing they should do in the kind of company they unknowingly keep with the fifth member of their cocktail-clique: Bianca Rossi, a woman who will stop at nothing to have it all.

As each woman's life is affected by this she-wolf in sheep's clothing, the truth starts to come out, but will they see it before it's too late? Or will their doubts about their own perceptions and gut feelings stop them from protecting themselves in time? Exciting, chilling, and emotionally charged, Tara McTiernan delivers a delicious page-turner that will change your view of everyone you think you know.

How does that sound? Very excited to hear reader reactions to this book once it's released...

The Agony and the Editing 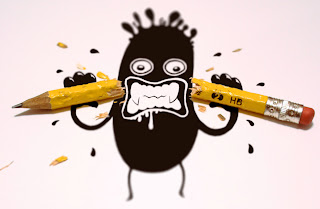 If you've ever read a poorly edited book, you know agony. I mean pain. Most people don't even continue reading.

And if you're a writer today - traditionally published or indie - you must learn how to edit your own writing and do it so well that you don't need much professional editing.

Traditional publishers rarely spend a lot on editing any of their author's books, including bestselling novelists. They just don't have the budget for heavy editing. So if you want your book accepted by a publishing house, you better get that sucker cleaned up.

Indie writers usually can't afford extensive editing. You must hire someone to edit your work, but you'll pay for their time and if you didn't do a ton of editing of your own before sending it out, count on a hefty bill (to the tune of thousands of dollars, money you may never recoup in sales no matter how convinced you are that your novel will be a runaway success (this is kind of like expecting to win the lottery)).

The following are some suggested steps based on how I edit my own novels and hope it will be helpful to fellow writers. For you readers out there, you can see the amount of hard work that goes into those books you devour, books that may seem effortless and a pure pleasure to create for the author. Yes, writing has many great joys, but it is hard - sometimes agonizing - work.

Copy Editing Tips from the Trenches

"Soft" Edit
This should be your first method of editing. Edit within the live document (not printed). I recommend at least two soft edits. Be careful to keep the story as-is. The part of you that wrote the story and is the creator is better at storytelling than the editing part of you. They are literally different parts of your brain. Just fix things like:

Hard Edit
This is when you print out your book and grab a red pen or red pencil. It's
Read more »
Posted by Tara McTiernan at Tuesday, September 18, 2012 No comments: 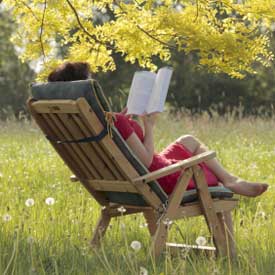 Think your own editing and a pro-editor is enough? Think again!

When I finished editing Barefoot Girls I knew that even though I'd gone over the manuscript too many times to count, I still needed many more pairs of eyes to see it and tell me about any flaws or problems or other issues.  No, not just one other pair of eyes, many and preferably not someone who would just say it was wonderful because they loved me. Like my mother.

So, I put out a request to all my Facebook friends and got five wonderful women who were willing to read the book and give me feedback. Let me tell you, it was a fantastic thing and a must-do for any writer, particularly if it is a first or second book and you're still learning the ropes.

How do you get Beta Readers? Here are a few tips from my experience:

Hope this helps and, while I'm talking Beta Readers, a big shout-out to mine is in order. My eternal gratitude to Elise Gallivan, Tanya Hale, Yvette Hochberg, Rita Morgan, and Tanya Wells for your help and wisdom - you are all goddesses! 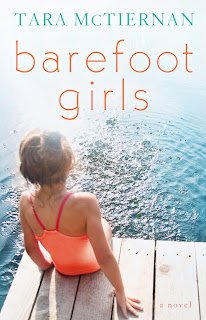 Reading groups and clubs are one of the best, most foolproof ways to find great books. Why? Almost everyone who is in such a group is an avid reader. They've been around the block and back and can usually recommend a great novel for their book club to read and discuss. That means a much better lineup of books on your shelf or in your e-reader that you can look forward to reading with pleasure.

When Barefoot Girls was being read and evaluated by my wonderful group of beta readers, one of my readers and friends, Elise, said that a group discussion guide would be perfectly suited to this book: one that covers many issues that matter to women (while it entertains). As a result, said guide was created and included in the back of the book. Yet, it's not easy to reach unless you've downloaded the novel or bought a paper copy, so here it is in all its glory for book lovers out there who are looking for a guide for Barefoot Girls:

Book Description
When her hometown newspaper reviews Hannah O’Brien’s newly released novel, the nature of her book is called into question when the reviewer suggests it is a memoir depicting her neglectful alcoholic mother – Keeley O’Brien Cohen, the most beloved of the Barefoot Girls -  a little too accurately for fiction, citing rumors rather than sources. Deeply hurt and betrayed, Keeley cuts Hannah out of her life. Desperate, Hannah does everything she can to apologize and explain, but her pleas fall on deaf ears. Meanwhile, the rest of Hannah’s life starts to unravel, pushing her to risk her engagement to Daniel, the one man who had been able to scale the high walls around her heart.

At the eleventh hour, the Barefoot Girls are able to convince Keeley to send Hannah the keys to the Barefooter house, the home and heart of their friendship. Barred from their clubhouse since she was twelve, Hannah grabs the chance to visit the little shack filled with memories and perched at the tip of Captain’s Island in the Great South Bay on Long Island, New York.

As Hannah battles to come to terms with her equally blessed and troubled childhood and understand her mother and her sister-close friends, she’s confronted with the power of forgiveness and the dangers of holding on to the past.